We were lucky enough to do this dog friendly superbloom hike at Walker Canyon in Lake Elsinore California before it was shut down,  please check to make sure it’s open before heading there:) 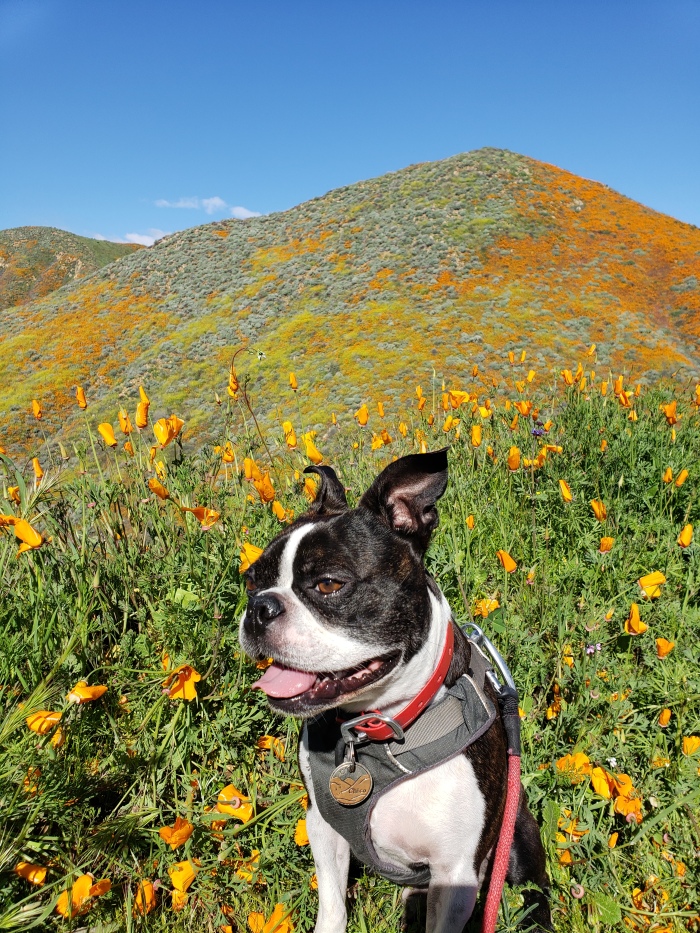 The Walker Canyon hike in Lake Elsinore is just covered in Wildflowers. I know there are a lot of photos with Chico, but it is hard to capture the depth and density of the wildflowers without using him as a focal point as I am not a professional photographer:) 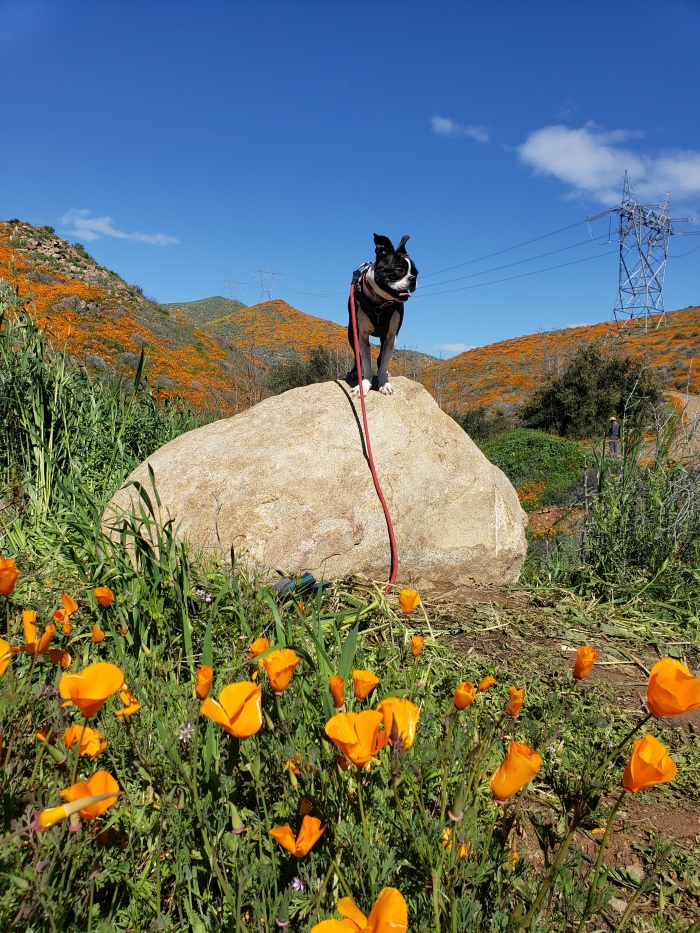 The hills and valleys were blanketed! Though I experienced Superblooms in 2017, I have never experienced complete saturation for 3.5 miles like this, and there was more! 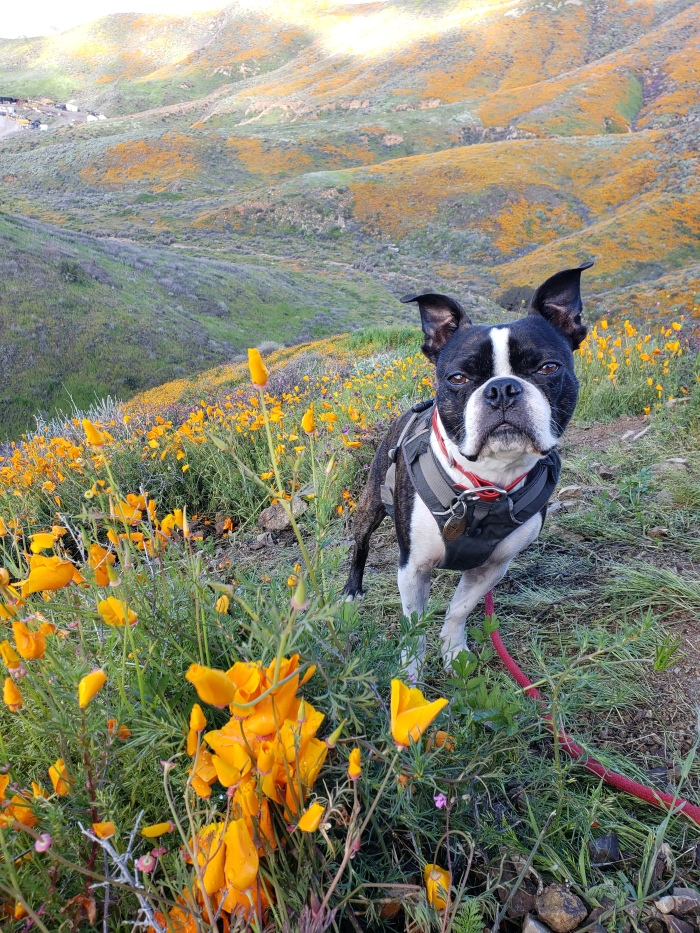 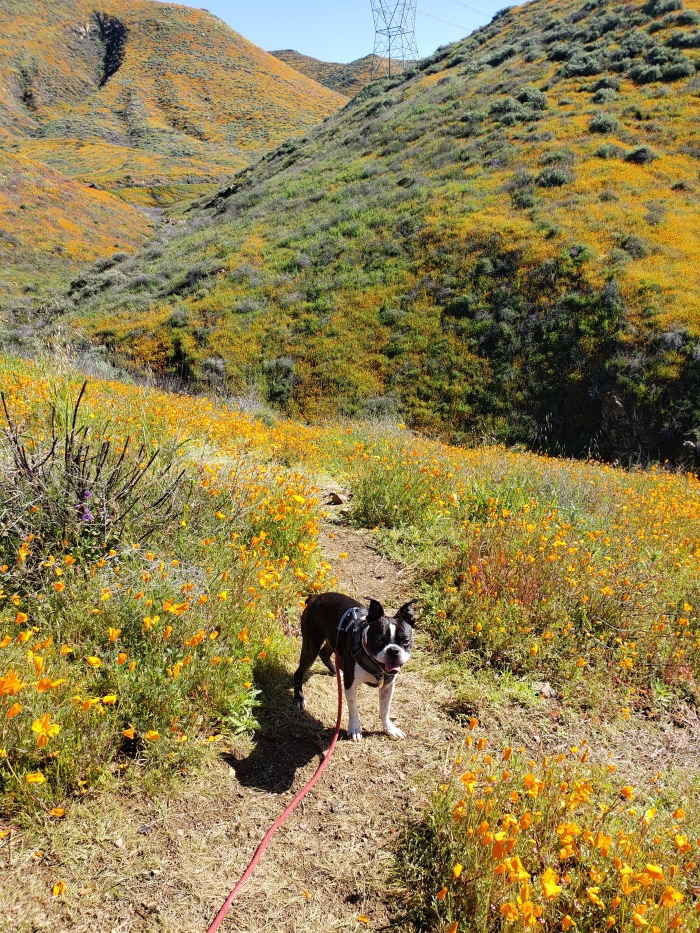 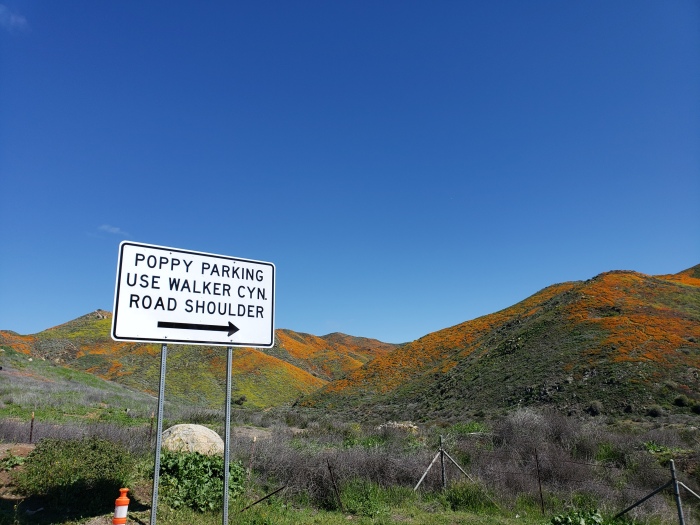 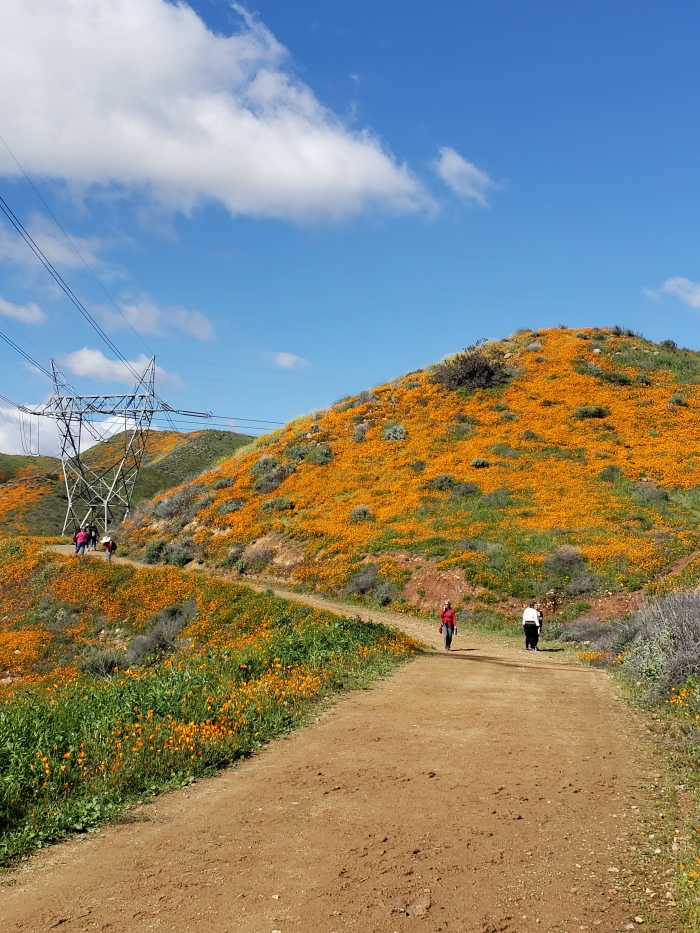 I have never seen this many wildflowers in one location. 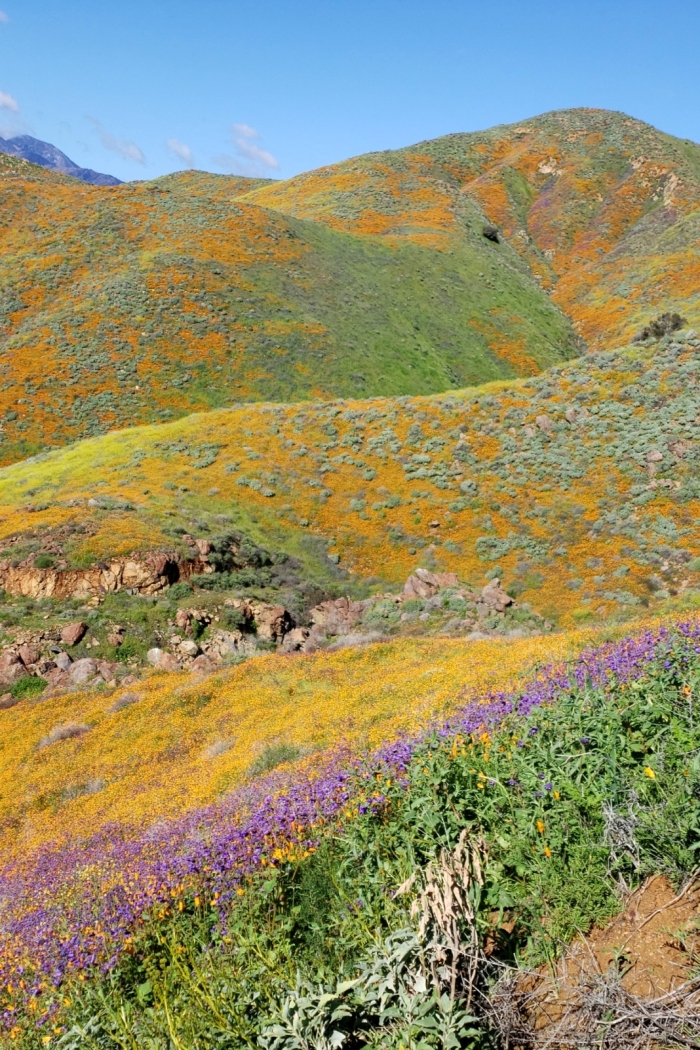 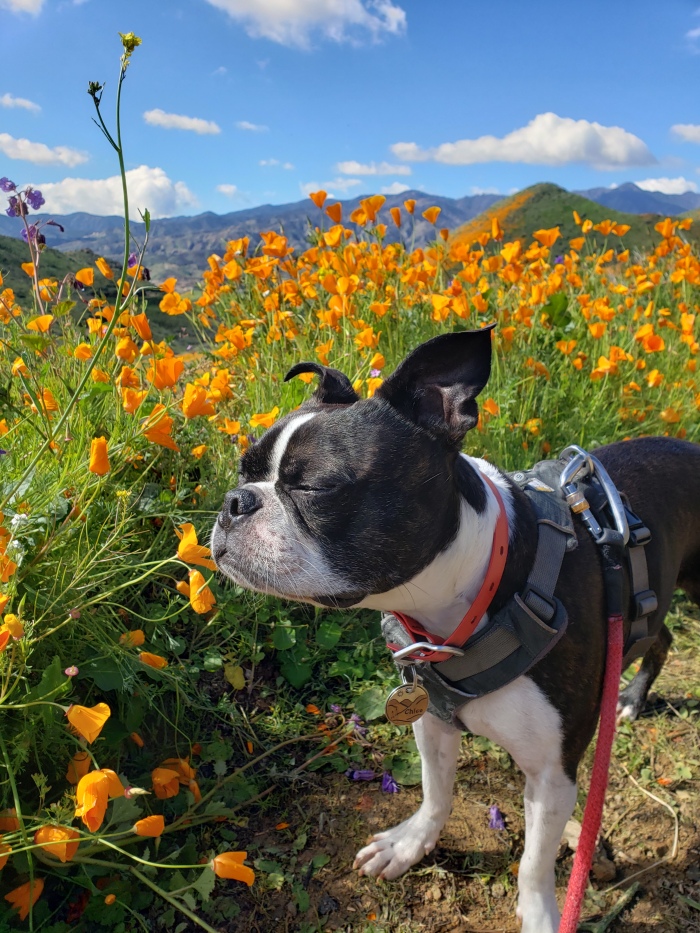 What is even better, is that this is a great little hike, even with all the people around, though the people start to thin out the further you get along the trail. There is some elevation, but not so much that we went through a ton of water. 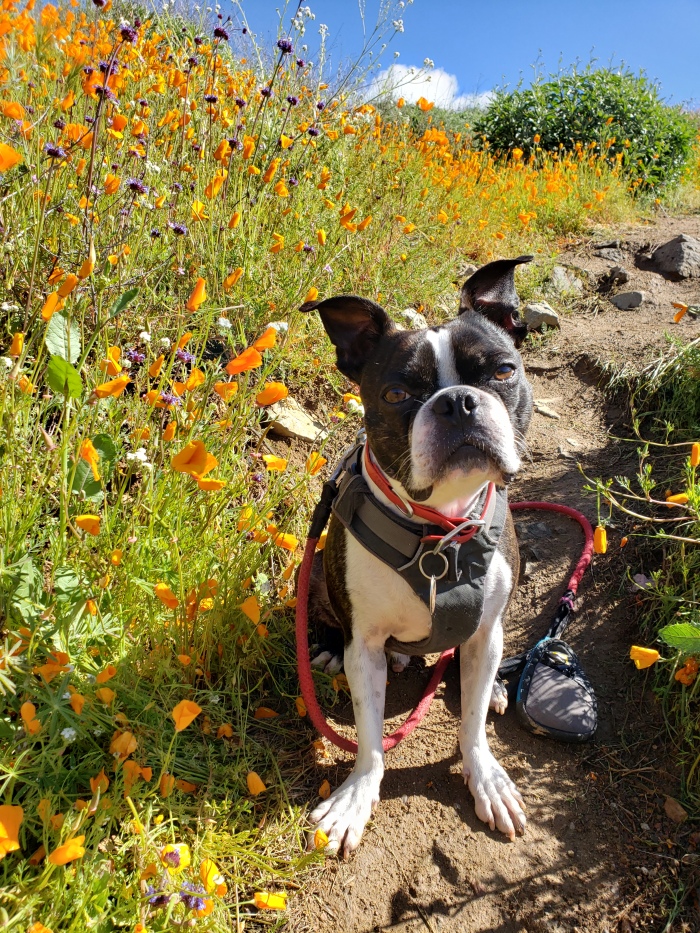 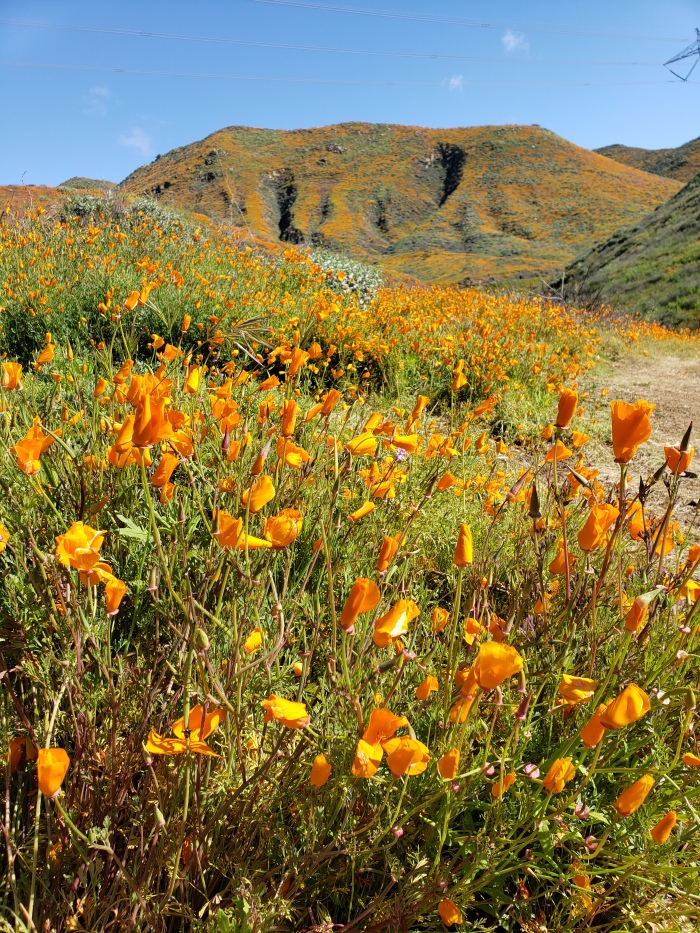 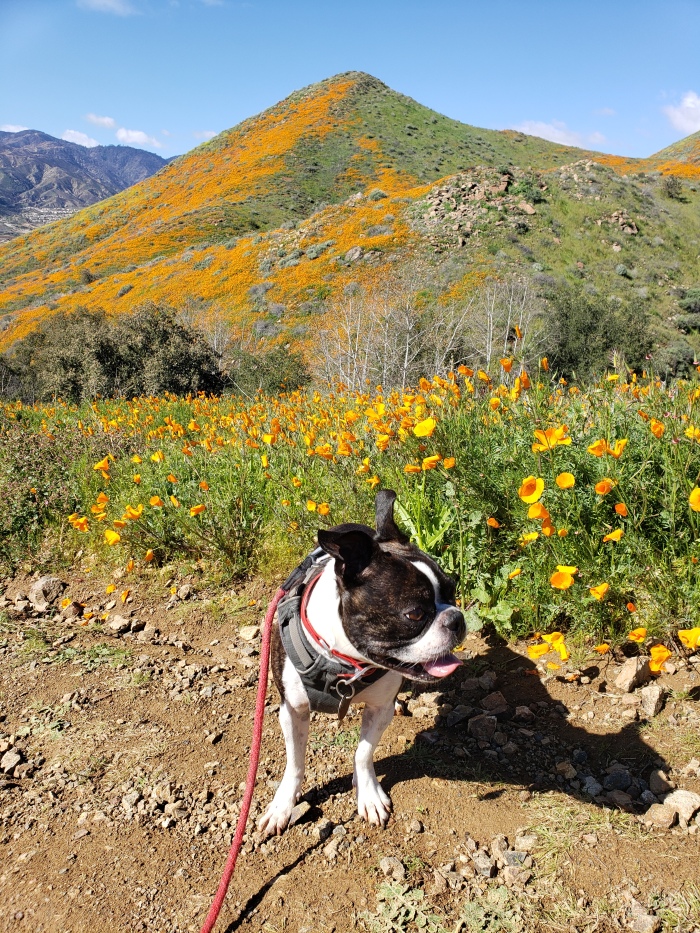 I really enjoyed just being able to hike surrounded by wildflowers the whole time.  Often times we have to hike into a place where we will see some nice patches as the reward. Or for some other parks/areas we will have to drive around to see different patches of wildflowers, either because there are no trails, or dogs aren’t allowed on trails. 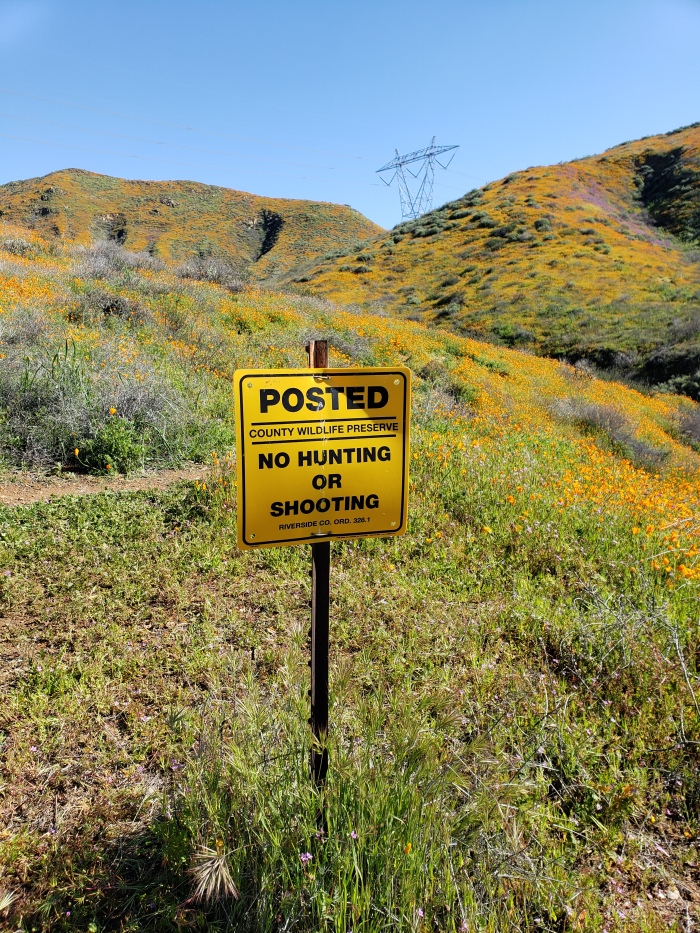 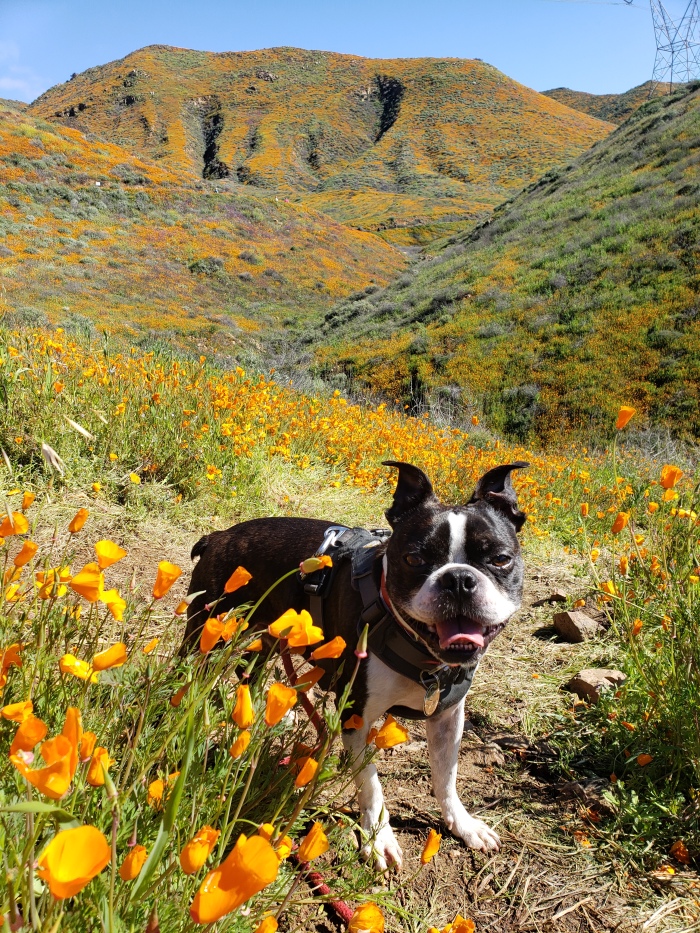 This was stop number 2 on our Wildflower tour in So Cal, first we did Griffith Park in LA, then woke up early the next day to make the hour drive to Lake Elsinore. Afterwards we headed to Anza Borrego Desert State Park which is less than 2 hours away. 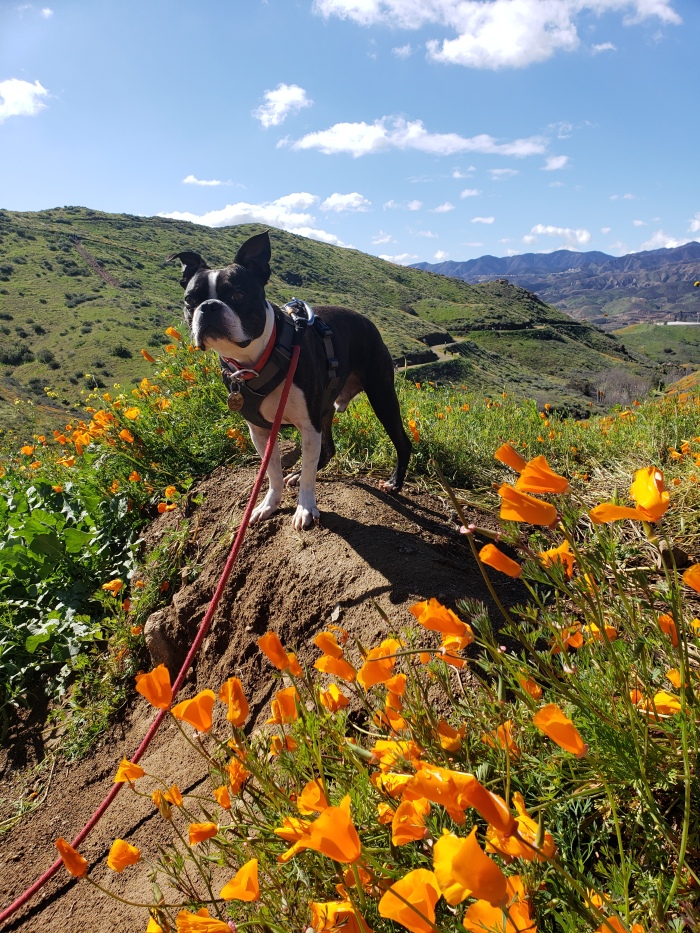 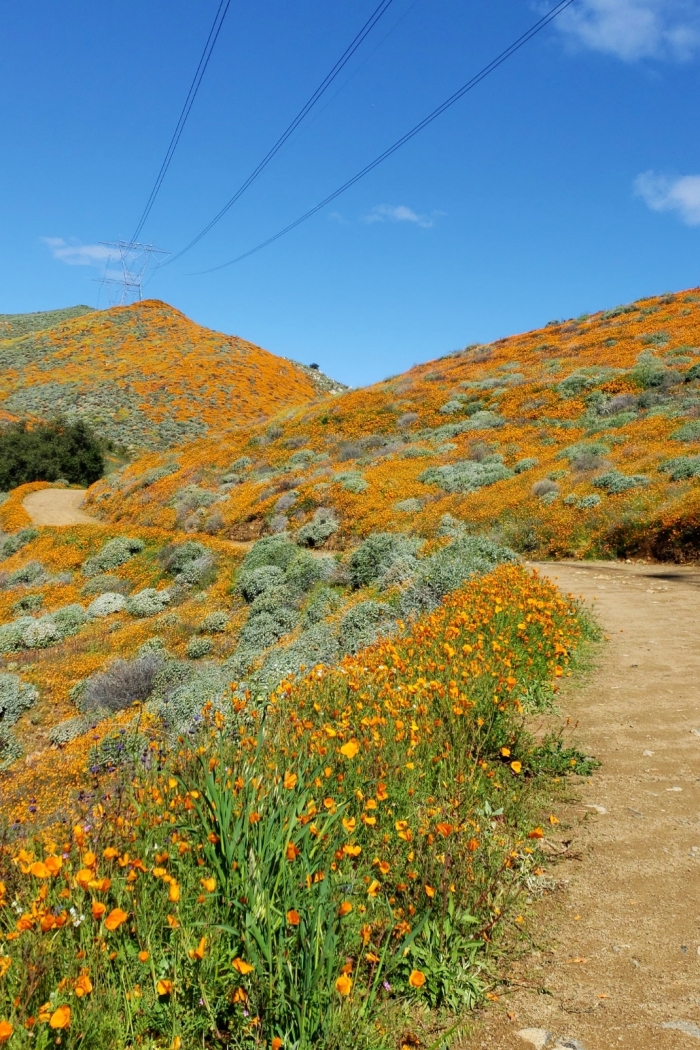 In 2017 I wanted to see the Superblooms because at that point, California had been in a drought for most of the time I lived there, everything was always so brown.  This year I want to see all the superblooms, because with all the wildfires, I realize that they might become a rare thing. But the biggest reason is that I want to take photos to send my mom who can’t see them in person.